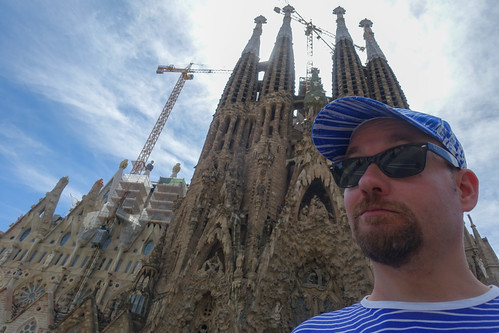 The end of 2017 was an exciting time in Catalonia, with cries for independence and turmoil on the streets of Barcelona. So of course I went there in the spring of 2018 with the Real Motorsport Men of Finland to see what all the fuzz was about – and check out the Formula One GP while we were at it.

Argentona – in the shadow of the crime lord 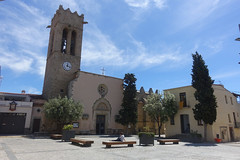 As we were seven grown men and no Snow White in sight, renting a villa outside the city of Barcelona was the most cost-effective and comfortable option. Our villa was situated in the clean and quiet small town of Argentona. Not the cheapest place to live in as the houses were in the 400.000-500.000 € region, we noticed when walking by a real estate firm. 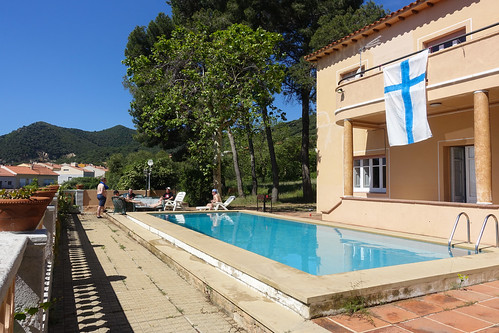 The villa was quite cheap to rent for a few days, had its own swimming pool and a great view over the town… in fact, the view made us feel like some important person had lived here, someone with plenty of money but not very good taste. The balcony had those same flower pots on it that got shot to pieces when Eddie Murphy ducked gunfire in the climax of Beverly Hills Cop. 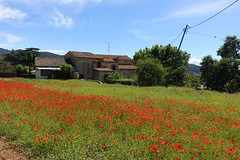 Thick bushes and trees firmly obstructed the view to neighboring properties and on the way to the iron front gate there was a red field of poppies. This field of red was the deciding clue – poppies, probably of the variety that yields opium (I have taken some courses in botany, you know). 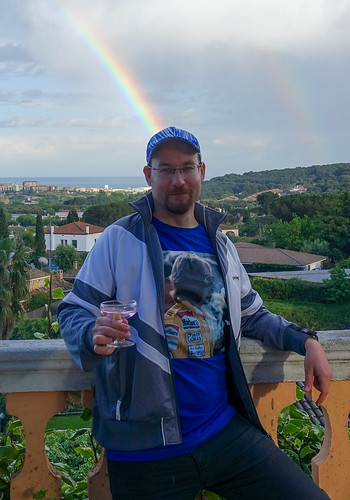 Of *course*, we all realized in a facepalm moment – this simply had to be the residence of some local drug selling crime lord who had been convicted and currently served his sentence in some infamous Spanish prison!

Drinking a cold, shitty dry martini (I can’t make ’em right) on the balcony really got a new “Tony Montana”-dimension after that – the only thing missing was a fine Italian suit, a submachine gun and a mountain of coke.

Living in the cursed villa of a condemned crimeboss did, however, in the end save our collective asses. As we noticed the Catalonian flag was hanging from windows and balconies everywhere we went, we thought it was the local custom to whip out your insignia so we decided to hang our Finnish flag from the balcony for everyone to see as well. And since our villa overlooked the city on a premium spot well…  our flag was sort of pretty visible. 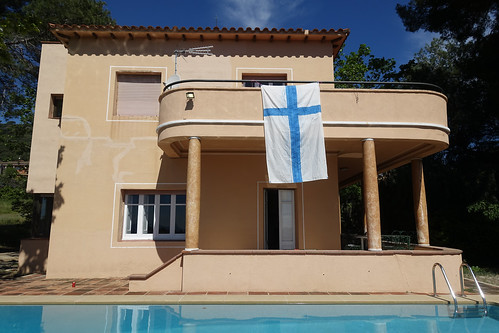 This almost resulted in an international dispute and the local townsfolk were already lighting their torches and brandishing their agricultural pointy tools but as they saw what villa the flag was hanging from they thought the better of it.

We were under protection of the Drug Lord himself. True story… 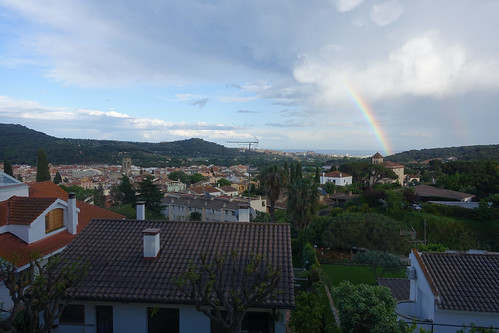 Anyway, Argentona was pretty nice and sweet, and has everything you need from a town including a water jug museum, so it is indeed a good, quiet spot to live in if you rent a car and drive to Barcelona (or a train/metro stop nearby). At our advanced age, drinking cold Estrella beer and having a poolside barbecue is more tempting than the nightlife of the big city…

Food: We cooked our own & bought local delicacies from the small supermarket – the restaurant we visited on the last night was pretty average

Things to do: Chill